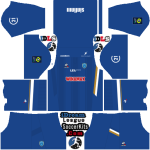 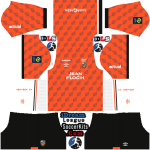 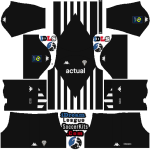 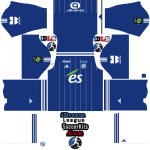 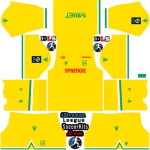 If you watch football with full interest and have always dreamt to build your team and lead that team to win big competitions globally then you must download the Dream League Soccer 2022 game which is available for both IOS and Android devices. It provides you the best gaming experience which includes the original kits. When you’ll start the game, you’ll be given with default kit of the dream league soccer team. You can customize it and select the kit of any team you wish. All the team kits of famous leagues around the world are available in Dream League Soccer Game. All kits are easily available on Dream League Soccer kits 2022 which will provide you 512x512 dls kits in PNG format. The latest update of Dream League soccer includes DLS kits 2022, upgraded as per current uniform. For the people who find it hectic to play with the same kit in every match or change their kits, its best to download kits from idreamleaguesoccerkits.com if you find it boring playing with the same kit.

Dream League Soccer is one of the best soccer games which is easily available on both IOS and Android processors. It provides you the best gaming experience and chance to play on a big screen too by just downloading the emulator on your computer. When you’ll start your game, it will give you a default squad with a default kit and logo of the dream league team. It is obvious that you’ll be bored by seeing the same kit and logo in every match you play. To reduce your boredom and to increase your excitement, you can customize your dream league soccer logos as per your desires. If you find it hard to customize and if you’re looking for the logo of your favorite team then you can download fully customized logos of 512x512 size of your favorite team from different websites. The latest version of Dream League Soccer includes all DLS logos 2022 which can easily be downloaded.

La Liga is a Spanish football league and can easily be called one of the most famous football leagues in the world. It was founded in 1929. The La Liga comprises of 20 teams and each team competes in 38 league matches throughout the year. The top 4 teams at the end of the season take part in the Champions League. The bottom 3 teams of La Liga are relegated to Segunda Division. Real Madrid has been the most successful team of La Liga and they have been victorious in the league 34 times. Barcelona is the 2nd most famous team of La Liga and they have won the La Liga title 26 times. Dream League Soccer includes all the kits of La Liga teams. You can easily find Barcelona DLS kit 2022 and Real Madrid kits DLS 2022 in the upgraded version of the game.

Serie A is a football league from Italy, and it is the most famous football leagues around the world. Around 20 teams compete in this league throughout the year and the top 4 teams at the end of the season are rewarded with the opportunity to play in UEFA Champions League. The bottom 3 teams at the end of the season are relegated to the Serie B league. The league was found in 1898 and is one of the oldest leagues of the UEFA confederation. Juventus is the most successful team in Serie A and has won the most titles, around 36 times in the league. You can also find the DLS Juventus kit 2022 in Dream League Soccer Game. Silvio Piola is the Top Goalscorer in the league who’s scored 274 goals. The other famous teams of Serie A are Napoli, Inter Milan kit DLS 2022, and DLS Ac Milan kit 2022. The Dream League Soccer game consists of all the kits and logos of the teams which take part in Serie A every year.

Bundesliga is a German football league which came into existence in 1963. It is a part of the UEFA confederation. The league is famous for a huge audience as it has the most stadium audience amongst other big leagues. There are 18 teams competing in this league and each team plays 34 matches excluding the European and other competition matches. The football season starts in August and ends in May. Most of the matches in the Bundesliga league are played on weekends. Bayern Munich has been the most successful team in this league and has been victorious in 30 seasons. Other famous teams that have won the Bundesliga title include Bayern Munich kit dream league soccer 2022, 512x512 dls kits Borussia Dortmund, and Borussia Monchengladbach. The average fans in the stadium as per single game is around 45,000. The top teams play in UEFA Champions League and the teams at the bottom are relegated to Bundesliga Division too. Dream League soccer includes all the kits and logos of the teams competing in Bundesliga.