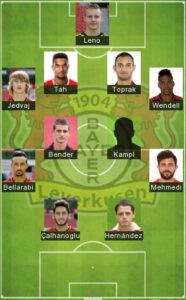 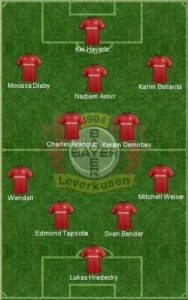 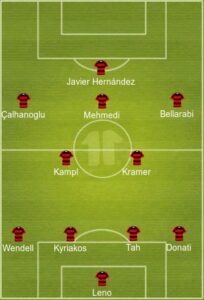 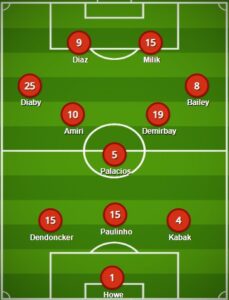 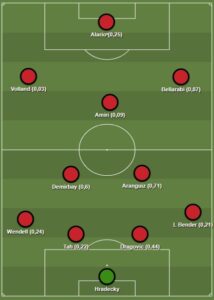 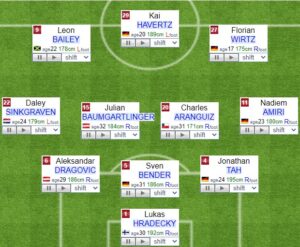 It is somehow a defensive formation 4-4-2. It is designed for those who like to play a defensive game. Here we have 2 forwards only they both are CF. Midfielder players consider as backbone of the team so that is why we assign 4 midfielders to this Bayer Leverkusen lineup. We have 4 defenders who work as goal guards.

Please let us know which 1 is your favorite Bayer Leverkusen formation.