Bayern Munich is a leading soccer club in Germany. It was founded 120 years ago. It has many nicknames but the most famous is Stern des Südens. Most of the fans know it has the Star of the South. Bayern is the small name of the Fußball-Club Bayern München. It has a big ground where players do practice. Karl-Heinz Rummenigge is the current chairman of Bayern Munich. Hans-Dieter Flick is making club no 1 by his management skills because he is the manager of Bayern Munich. 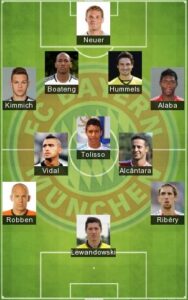 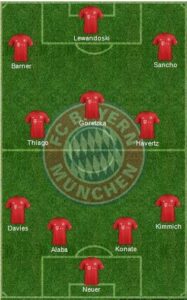 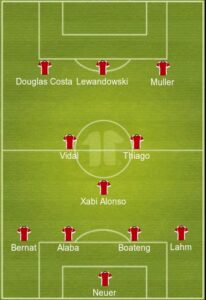 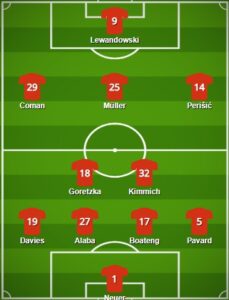 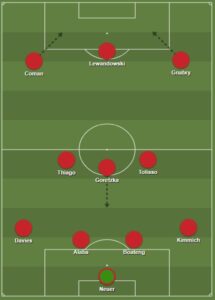 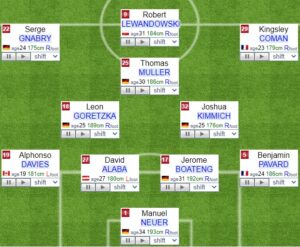 It is somehow a defensive formation 4-4-2. It is designed for those who like to play a defensive game. Here we have 2 forwards only they both are CF. Midfielder players consider as backbone of the team so that is why we assign 4 midfielders to this Bayern Munich lineup. We have 4 defenders who work as goal guards.

Please let us know which one is your favorite formation.